You may remember a while ago we were excited to have been shortlisted for the ABC International Excellence Award for our EasyReader and EasyConverter Express apps. The Accessible Books Consortium aims to increase the number of books worldwide in accessible formats – such as Braille, audio and large print – and to make them available to people who are print disabled, which is obviously very much part of Dolphin's commitment to our users. We recently released a version update to EasyReader and now have thousands of users on a global basis.

The awards ceremony took place at the London Book Fair and, unfortunately, we didn't win. But we were shortlisted in a very strong category, with international organisations, so to even be acknowledged at all was a great honour for us.

The deserving winners in the initiative category were the DAISY Forum of India; a network of over 100 organisations which was recognised for its work on behalf of people who are print disabled. The selection jury recognised DFI for its launching of India’s largest collection of online accessible books called Sugamya Pustakalay in August 2016, which for the first time created a centralised repository of all accessible books available in the country. 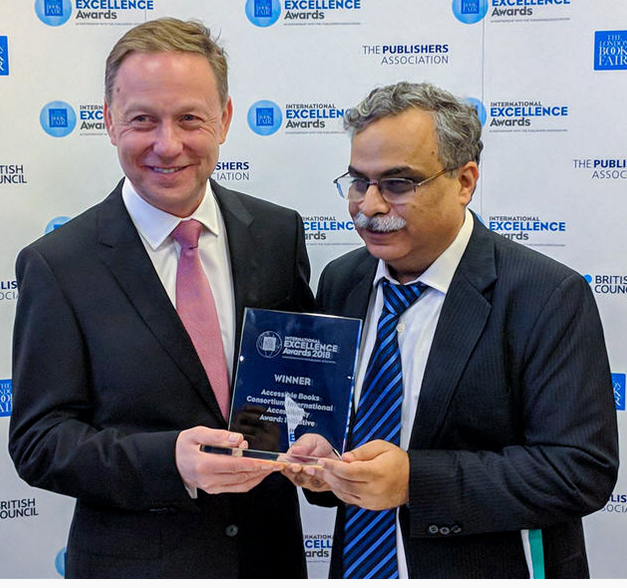 Pictured receiving the award is Mr. Dipendra Manocha, President of the DAISY Forum of India (DFI), who lost his sight at the age of 11, and who is one of the key players in pushing the accessibility agenda both in India and globally.

Read a full report from the awards ceremony here.

Our accessible reading app EasyReader, which formed a key part of our awards submission, is FREE and available on both iOS and Android platforms. Download it from Google Play or the App Store using the direct links below.