6 teams from Dolphin HQ in Worcester gathered for a post work knock out tournament, with sighted and visually impaired players wearing blackout goggles to level the playing field.

There were more giggles than goals, although Support and PCT became very competitive as they made it to the final. The tournament ended in a sudden death situation, with PCT team member Colin scoring his only goal of the day to secure victory for his team.

There's been a request for goal line technology to be introduced next time following some controversial decisions, but a good time was had by all.

Here are some photos from the day. 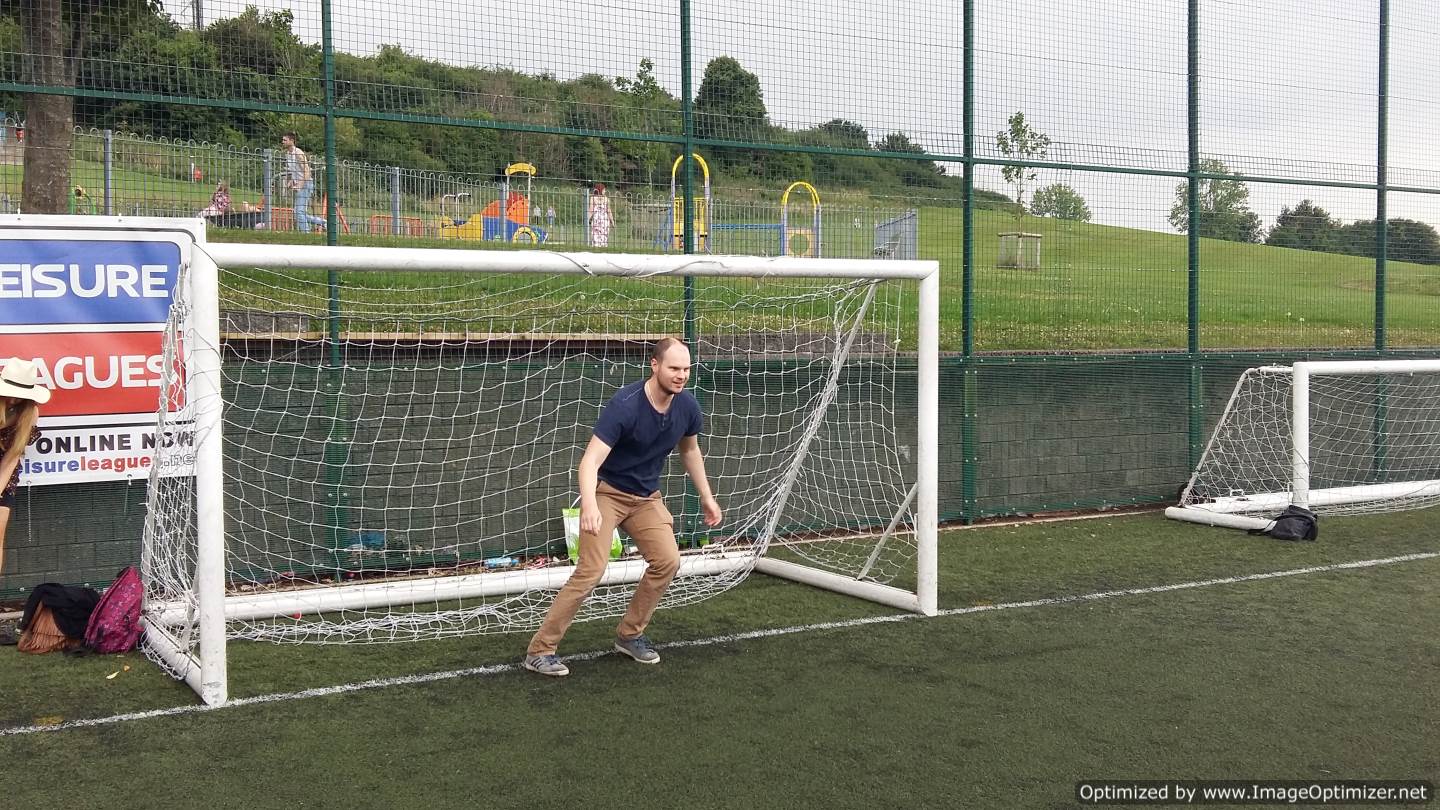 Goalkeeper Simon ready to save the first shot 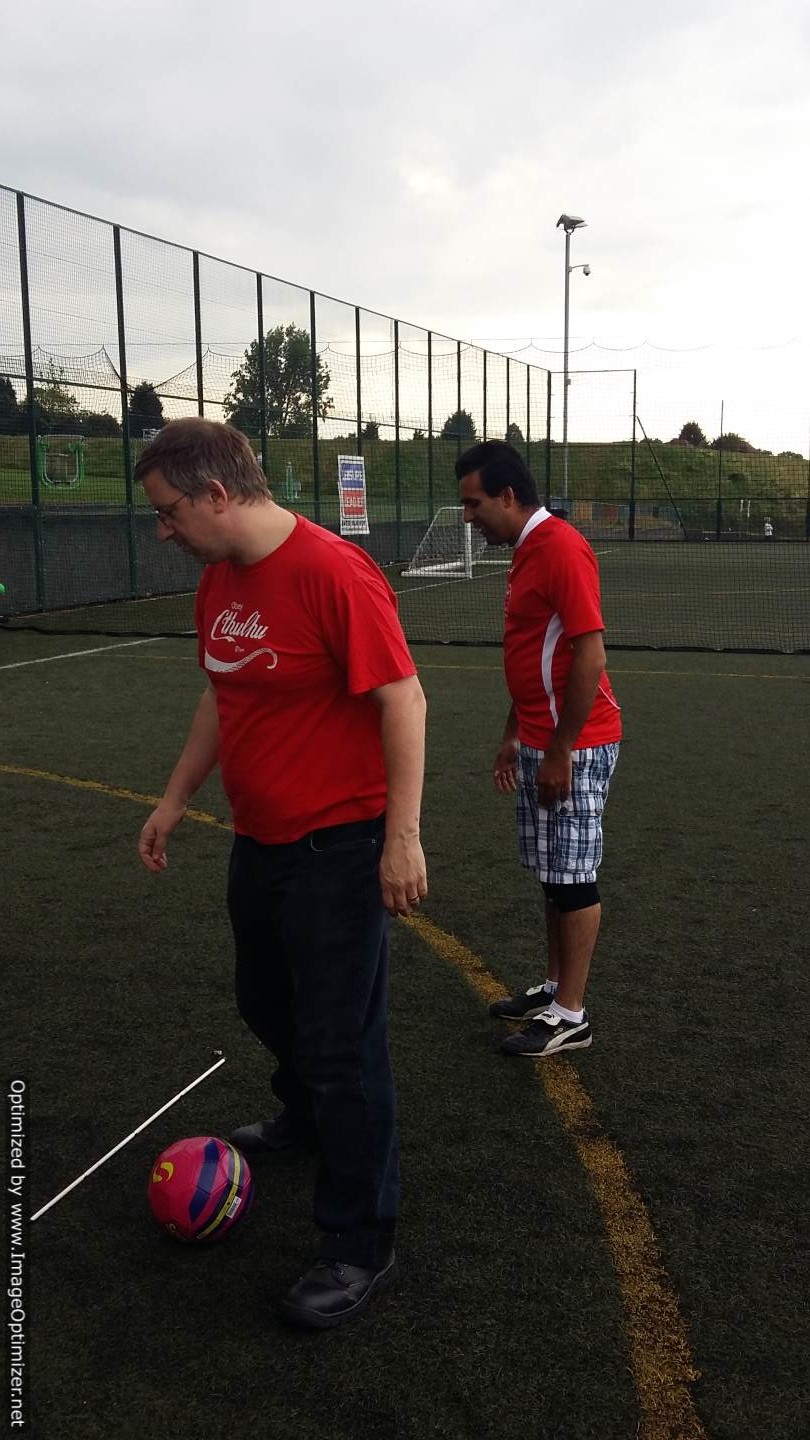 Our very own ex Paralympian ready to score 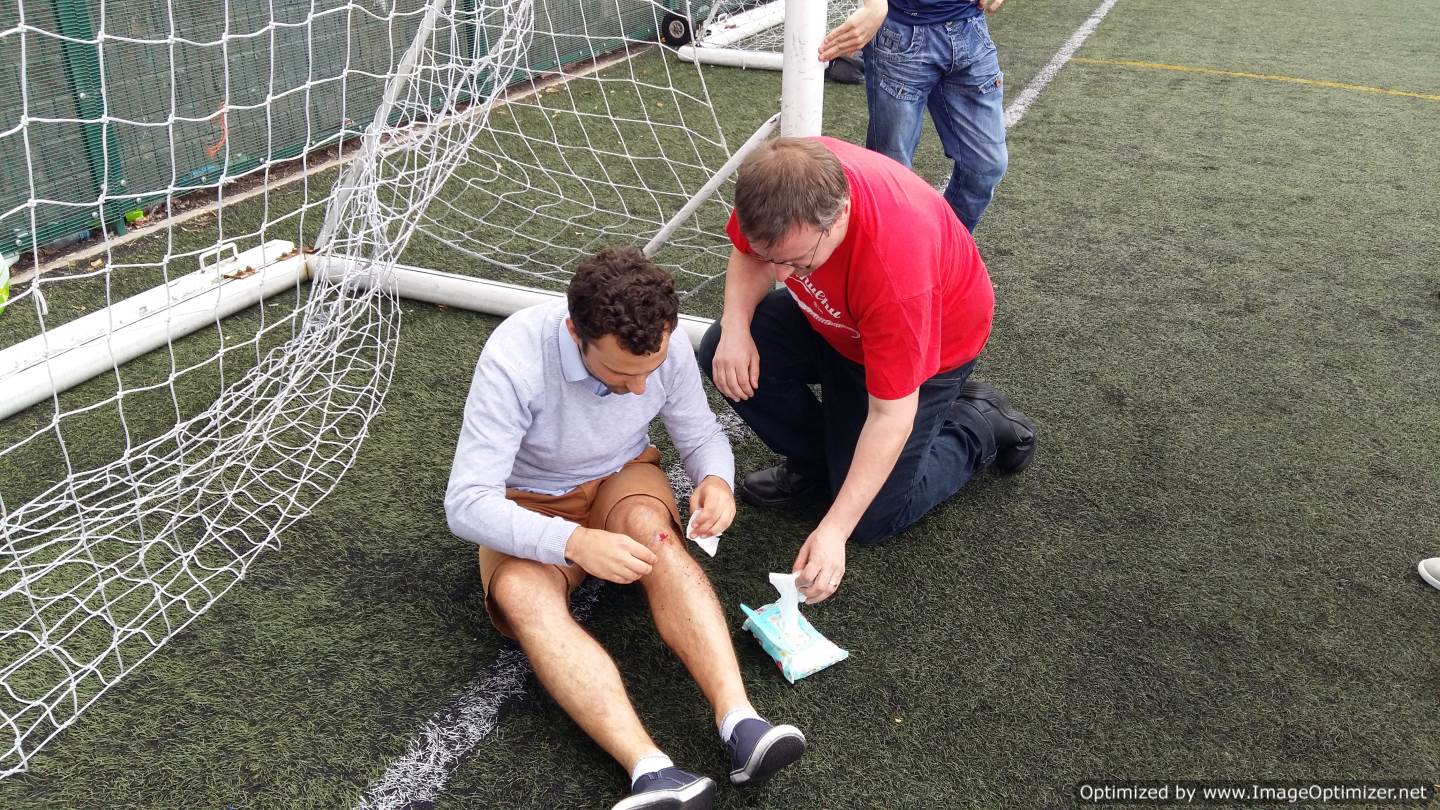 Man down! James from sales was a little enthusiastic in goal and needed some first aid! Colin lining up what would be the winning goal 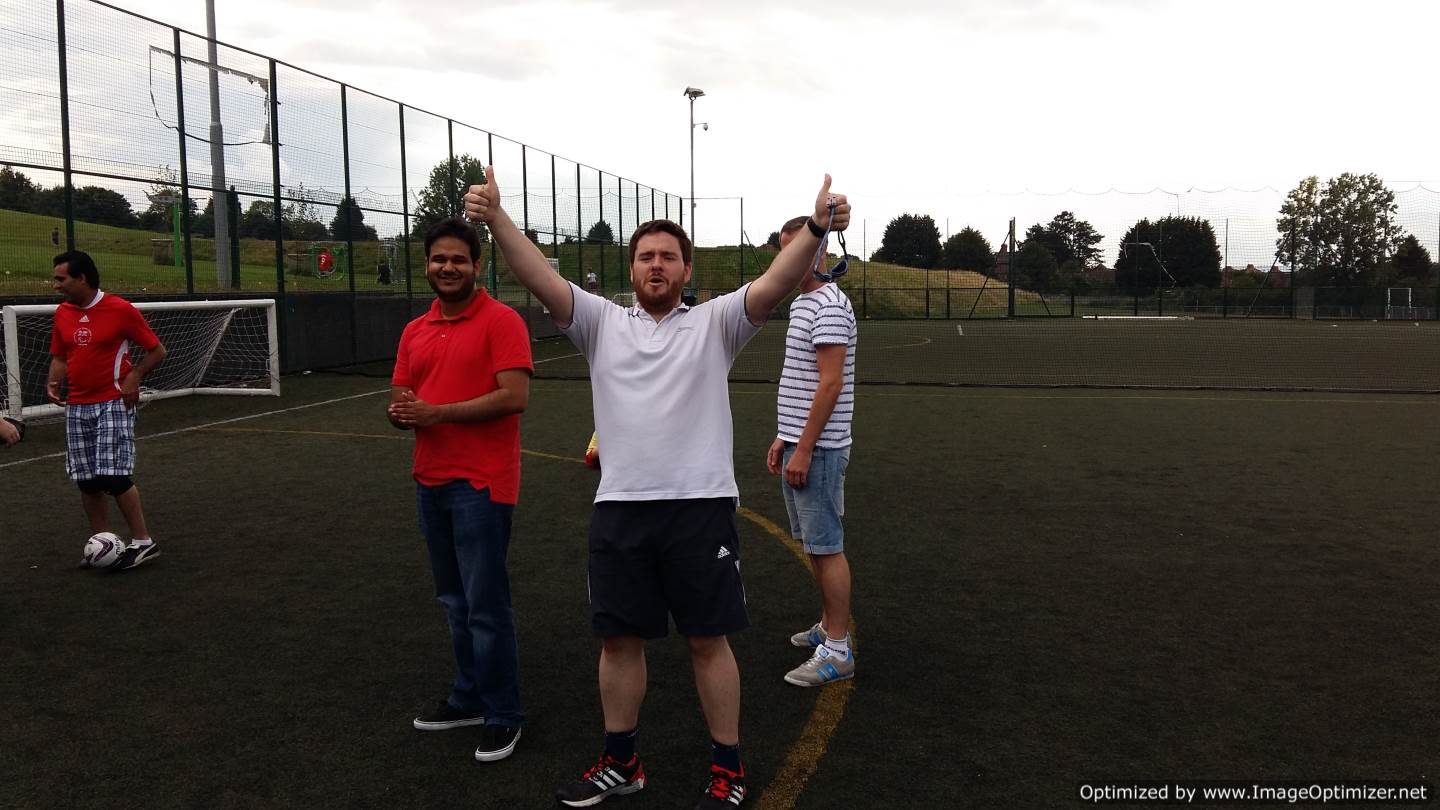 He shoots. He scores! Colin celebrates victory for his team

Well done to everyone who took part!