World Braille Day - 10 things you may not know about braille

World Braille Day - 10 things you may not know about braille 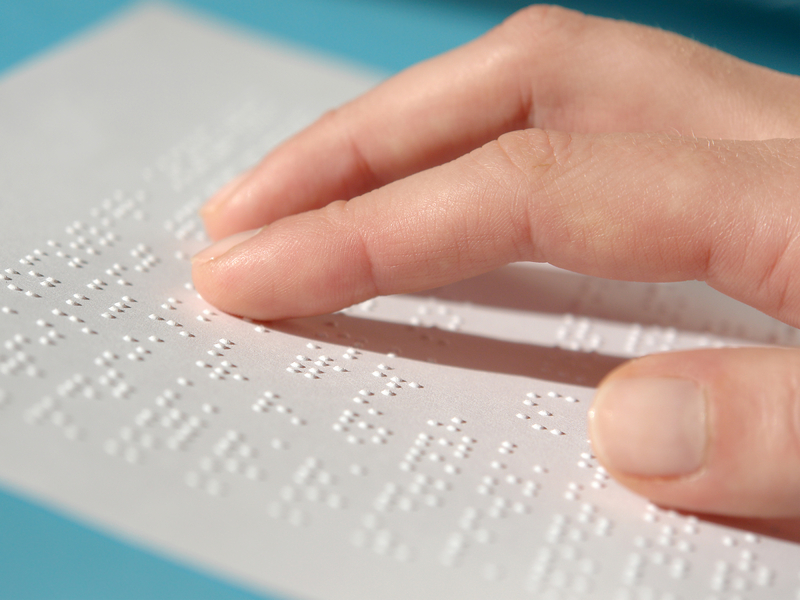 World Braille Day marks the birthday of braille creator Louis Braille, who was born 4th January 1809. The day recognises the contributions of Louis Braille in helping blind and visually impaired people to read and write.

Here are 10 facts you might not know about braille (article originally featured on the Perkins School for the Blind website).

1. Braille started out as a military code called “night writing.” It was developed in 1819 by the French army so soldiers could communicate at night without speaking or using candles. Fifteen-year-old French schoolboy Louis Braille learned about the code, and eventually developed the more usable, streamlined version of the braille alphabet we know today.

2. There’s an asteroid named Braille. In 1999, NASA’s Deep Space 1 probe flew past an asteroid while on its way to photograph the Borrelly comet. NASA named the asteroid “9969 Braille” in honor of Louis Braille.

3. Braille takes up more space than the traditional alphabet, so braille books are much larger than their print counterparts. “Harry Potter and the Goblet of Fire” is 10 volumes in braille, the “New American Bible’’ is 45 volumes and “Webster’s Unabridged Dictionary” is a shelf-hogging 72 volumes.

4. Braille is not a language. It’s a tactile alphabet that can be used to write almost any language. There are braille versions of Chinese, Spanish, Arabic, Hebrew and many other languages.

5. Most people who are blind don’t know braille. In 2009, National Federation of the Blind cited statistics indicating that only 10 percent of Americans with blindness can read braille. That number has been falling as more people with visual impairments use audio books, voice-recognition software and other technology to read and write. However, the same study found that braille-literate people are more likely to attain higher levels of education and be employed.

6. There’s a braille “Olympics.” It’s the annual Braille Challenge for students who are blind, sponsored by the Los Angeles-based Braille Institute. More than 1,400 students from the U.S. and Canada test their braille skills in categories like reading comprehension, proofreading and spelling. Winners in each age group walk away with monetary prizes – and braille bragging rights for a year.

7. Just because you’re blind doesn’t mean you don’t have to learn maths. There’s a special version of braille just for mathematics called the Nemeth Code. It was invented by Dr. Abraham Nemeth and can be used to transcribe math, algebra and calculus.

8. Braille is the surprise plot twist in the 2010 movie “The Book of Eli.” In the movie, Denzel Washington plays a loner who wanders through a violent post-apocalyptic wasteland with the last known copy of the Bible. At the end, you find out that the Bible is in braille and Washington’s character is blind.

10. There’s a good reason why braille is on the keypad buttons of drive-through ATMs. The Americans with Disabilities Act (ADA) mandates that all ATMs must be accessible to people with visual impairments, and drive-through ATMs aren’t exempt. That’s so passengers who are blind, travelling in the back seat of cars or taxis, can reach the ATM and independently make a transaction without assistance from the driver.

With EasyConverter, organisations can create braille output from Word, PDF, text, html and many other formats. Quick and easy to use, EasyConverter requires no training - even for beginners - and can be purchased with or without a Braille embosser.

For more information about creating or reading Braille with any Dolphin products, call us on 01905 754577 or email [email protected]