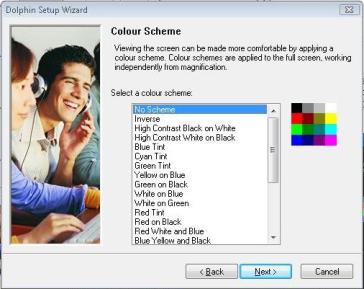 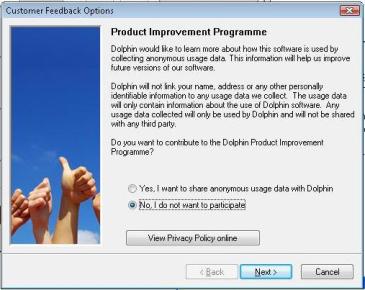 Your Favourite Voices During Installation

Document Read works when the Speech is Off

For many Dolphin customers the 'Document Read' feature is their ideal way to review long documents. But previously Hal, Supernova and LunarPlus users had to have their speech turned on to be able to start a "document read". Version 10 now allows users to conveniently start Document Read whilst their speech is turned off.

Our users told us they wanted even simpler Quick navigation keys on the Internet. So we've done it, whilst web browsing in Virtual Focus mode press H to move to the next heading and Shift H to move to the previous Heading. There's 14 to try.

Minor changes have been made to the verbosity schemes to provide more appropriate announcements to tree view check boxes and tree view radio controls.