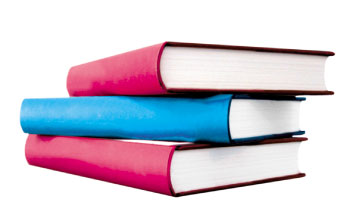 The DAISY Project allowed blind, low vision and print impaired students to learn alongside their sighted colleagues, using the same technology for all.

RNIB Scotland, with support from Dolphin, ran an 18 month trial of DAISY materials within education. With funding from the Scottish Executive, the DAISY Project aimed to produce 60 DAISY books using Dolphin's Publisher and EasyReader, to support over 100 blind, low vision and print impaired students*.

DAISY (Digital Accessible Information System), is a form of electronic book which brings together a number of different formats (text, audio and pictures) into a single accessible, navigable digital talking book.  It contains all of the features of an audio book with the added benefits of navigation, search and find features and the ability to add bookmarks and footnotes.  DAISY books can be played on PCs using a software player, such as Dolphin’s EasyReader or using hardware players and standard MP3 players.

Through the DAISY Project, RNIB Scotland hopes to find solutions for visually impaired students that allows them to work alongside their sighted colleagues. The aim was to provide access to the same information, at the same time and, if possible, in the same way as that enjoyed by fully sighted students.   In an earlier project, RNIB Scotland found that DAISY met these criteria and allowed blind and partially sighted students to access educational material at the same time as their sighted colleagues.  This was obviously a great benefit as, in most situations, students with sight problems are currently disadvantaged by the fact that educational materials specifically designed for them are not always available when they are required.  These materials (large print books, Braille or audio recordings) can also be bulky and difficult to store, or indeed use, in a limited space.

The project's challenge was to provide pupils and students with the course work and material they required, in mainstream schools and colleges, in a format they could use.  Most blind and partially sighted school children and students in Scotland attend mainstream schools and research has shown that the gains this could bring are being offset by the fact that one third of the school children and half of the college students have difficulty in obtaining course books and other support material in a usable format for them.

Previous studies had concluded that DAISY materials provided real benefits for users.  Not only was it easy to use, it enabled a pupil to keep up with the rest of the class, gave them a real sense of achievement, motivated them and helped social inclusion in the school and allowed parental involvement.  DAISY was also seen to help pupils with communication or moderate learning difficulties, even though it was being targeted at low vision and blind pupils.

Initially evaluating a range of options for delivering accessible materials, the RNIB decided that DAISY offered the best solution because:

It offered a viable solution to providing the vital course work and materials to pupils and students of all ages, from primary education through to college and university.
The simplicity of the system and its flexibility were big pluses.  Material is recorded onto CD and when it is played back on a PC the information can be delivered to the student in several ways:

DAISY is easy to navigate around and there is no need to start at the beginning and play through to find the required section, the technology allows easy navigation to find a particular section, passage or even word.
The system is also portable. The books produced on CD can be played back on a PC, laptop, DAISY hardware player or standard MP3 player.  This now allows parents to access their children’s school work, a facility very few had been able to do previously.

The DAISY Project ran for over 12 months and more than 50 new DAISY titles were been produced and over 300 individual CD’s have been distributed, covering a broad range of educational materials, such as:

Initial feedback has been very positive and seems to reinforce previous conclusions. 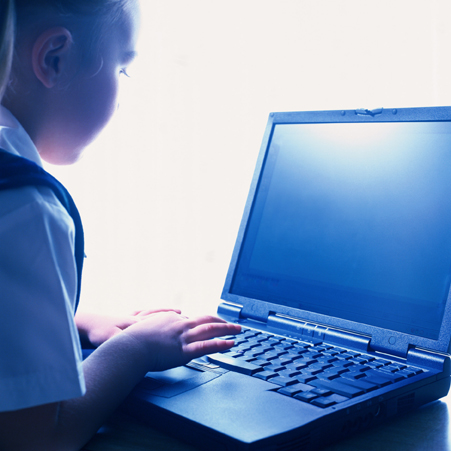 Feedback from students has been positive and here are a few individual comments.

"I think it’s easier to take in the information, like listening to it and reading it at the same time" Pupil aged 14

"I think the navigation is good as well because you can jump, like from chapter to chapter" Pupil aged 17

Steve Palmer, Dolphin CEO comments, "We are really pleased to be involved in this extensive and worthwhile project which will allow students of all ages to participate equally in the classroom.  This also presents yet another opportunity for us to gain vital feedback from those who can really benefit from the DAISY technology and gain further understanding in how best to enhance and expand it further."

RNIB Scotland, with the help of Dolphin, has demonstrated the effectiveness of DAISY technology in a variety of educational settings and has received positive responses from users – pupils, students and teachers.  RNIB Scotland firmly believes that the DAISY system should be available in every school and college in Scotland.  This technology could prove to be a vital aid for school administrators to meet the latest legislation governing the provision of special educational needs.

*According to the questionnaire which was completed at the 6 months point, the breakdown of the pupils and students involved in the DAISY Project, in disability terms are 42 Registered Blind people; 38 Registered Partially Sighted people; 15 people with Multiple Disabilities with Visual Impairment and 19 people with other difficulties, such as Dyslexia.