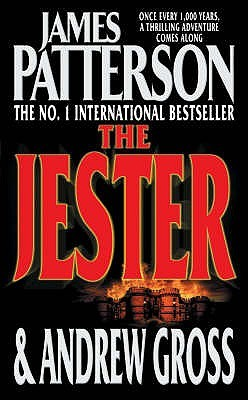 Now established as the premier tool for creating DAISY audio talking books, back in 2004, Publisher was used by Time Warner Audio Books to create a DAISY Talking Book edition of The Jester.  Written by international best seller author James Patterson, this first full text and audio book earnt Time Warner the Helen Keller Achievement Award. Awarded annually, this accolade is given to acknowledge the notable achievements of individuals, or organisations, who have improved the quality of life for people who are blind or visually impaired.

Dolphin's team were instrumental in the making of our first full text and audio Digital Talking Book (DTB) of The Jester written by author James Patterson. We are now proud to be the first mainstream publisher to produce a commercially available book in this format. A recent collaboration between Dolphin, AFB Talking Books and Time Warner Audio Books saw the World’s first commercially available Digital Talking Book (DTB) title released in the marketplace. In addition to standard print and audio book versions, Time Warner Audio Books decided to release “The Jester”, by James Patterson, as a full text and audio DTB (more commonly known as an “Audio E-book”), which was produced to the latest DAISY* standards.

The idea was to create “The Jester” in a format that would be totally accessible to everyone, using Dolphin’s innovative audio publishing tool. For many years Audio E-books have been widely used by blind, visually impaired and print impaired individuals, where the combined text and audio feedback help ensure effective communication of information, such as utility bills etc.

Until Time Warner released the Jester as an Audio E-book in 2003, no other mainstream publisher had produced a commercially available book in this format. The Helen Keller Achievement Awards are held each year to acknowledge the notable achievements of individuals, or organizations, who have improved the quality of life for people who are blind or visually impaired. On 24th June 2004, at its 10th Anniversary Helen Keller Achievement Awards, Laurence J. Kirshbaum, chairman and CEO of Time Warner Book Group was presented with the prestigious award for providing the Jester audio book as a Digital Talking Book.

“Everyone at Dolphin is delighted that Time Warner has been recognized for their achievement and we are proud to have been directly involved in this project,” said Steve Palmer of Dolphin. “ Not only can DTB technology deliver greater choice to people with vision loss and print disabilities, but it also offers sighted consumers a number of interesting new reading options." Much of the compilation of the Jester Audio E-book took place at Dolphin’s Headquarters in Worcester, United Kingdom, using a revolutionary new digital authoring software called Publisher. Publisher was used to synchronize the digital recordings provided by AFB Talking Books, with the digital text – to create a full audio E-book with synchronized text. Playback of The Jester could not be simpler. Each book contains a copy of EasyReader, Dolphin’s playback software, which allows the book to be played back on a standard PC, laptop or portable DTB player. About the Helen Keller Achievement Award The American Foundation for the Blind was founded in 1921 to ensure that people who are blind or visually impaired achieve equality of access and opportunity in their lives.

Helen Keller joined AFB in 1924 and was their spokesperson and good-will ambassador for over forty years until her death in 1968. The Helen Keller Achievement Awards were established by AFB in 1994 to acknowledge her extraordinary efforts and promote the notable achievements of individuals and organizations that have improved the quality of life for people who are blind or visually impaired, and all people who are disabled.