Ed Pourtahmasbi is a university graduate who despite strong competition landed his dream job in 'programme management', at the world's most prestigious consulting firm, Accenture.

Not so unusual you might say, but Ed is totally blind and is the only visually impaired person, that he is aware of, working in this field. Ed is one of sixty project management specialists working for the Programme control services team at Accenture. Ed explains what his job entails.

"Basically we manage the improvements and upgrades to businesses and business systems. We can manage staff changes, assist with an internal organisation restructure or we might help deliver new IT systems that help companies grow and add value.
I'll help manage their budgets and schedules, ensure they run smoothly, and are coming in on budget. It all may seem obvious to do, it's not. People do get in a horrible mess."

Working with Microsoft Project is fundamental to Ed's job.

"Microsoft Project allows you to create a project plan in the form of a gant chart, which is your traditional sort of line gant with tasks and dates that allows you to see how long things are going to take. Then it allows you to track the plan. Schedule 25 days for that task, but if it actually takes 27 it is going to push tasks out. That is what I do; I create these plans and track them, and see how the project is developing."

"Screen readers traditionally don't support Project applications. The gant chart is quite visual, but behind the gant chart is an excel like grid with data. But if I can't use Microsoft Project, I couldn't work in Programme Control Services. It would be like an embroidery artist not being able to use a certain type of material. It would be a huge detriment. Basically if I can't use MS Project, I'd have to be thinking of a new career change."

Since he secured his job Ed had been using Microsoft Project 2003 with another well known screen reader. The screen reader's performance had been customised using a 'script', but as Ed describes it wasn't perfect "it did a fairly good job, but I always found it slow and unresponsive, almost sticky, like wading through treacle."
Accenture then decided to upgrade to Microsoft Project 2007 and naturally Ed had to make the move alongside his colleagues. He decided it was time to consider an alternative more nimble and responsive solution, ScreenReader.

"I've always followed ScreenReader quite closely, as I like the responsiveness and the way it reads things to me, it's the one [screen reader] I use day-to-day. I've always kept in touch with Spencer and the support guys. I throw weird queries at them like 'can it work with this?' In this job we use odd applications. When I heard Dolphin did Scripting, I was all over it. This is fantastic! Now there is no limit to what ScreenReader can read with Scripting. ScreenReader can be scripted for just as much, if not more than any other solution."

"Dolphin's Scripting is different from other screen reader's. We are able to Script for SuperNova, or ScreenReader, so no matter whether you need to optimise the screen reader, magnification or the Braille display's performance with your applications, we can create one script for all your visually impaired users. This keeps costs down and reduces the amount of time companies spend supporting and training their users."

As Ed explains, Spencer ensured that his Dolphin script was specifically tailored to his exact requirements.

"Project is basically an excel grid of names, dates and tasks and first of all Spencer just got everything reading in a big jumble. Then he visited our offices and Spencer and I sat down and selectively isolated the bits that I wanted read, but in the order I need the information. We also added some hotkeys to grab specific crucial pieces of information on demand. Spencer took the time to do a lot of research. I understand a lot of the techniques he used to read the tables and things were quite tricky. We really have designed these scripts in a very specific way." 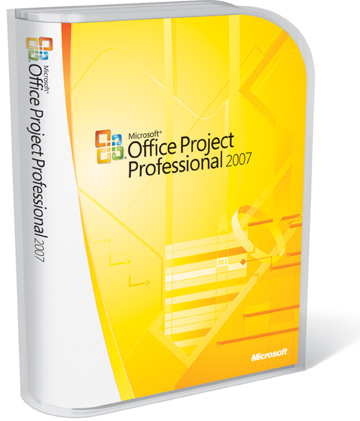 Spencer was able to add some more detail to how he made Ed's Scripts.

"In simple terms I was able to hook into the Project Document Object Model allowing me to implement better support for the various tables, to access row and column header information, as well as other non-visible details such as if a task is a milestone. Because Dolphin's Scripting engine is built around the lightweight open source Lua programming language, the script, and therefore the application remain extremely responsive."

And speed is of the essence as Ed explains.

"Now ScreenReader is twice as fast as my previous screen reader when just moving around the screen and reading things. I am an impatient person; if I open up Microsoft Project, I want it read quickly. I can now use Project much faster and a lot slicker, and in the way that I want to read it."

According to Ed his bespoke Script is delivering more than just first class access to Microsoft Project 2007.

"Just imagine this, I go along to the client's offices with ScreenReader on my Dolphin Pen, plug it in, set the client up with Microsoft Project - this really visual application, and within a day the client can report back metrics and figures which we can talk through. If we're over budget, if we're running late etc"